A Local Emergency has been proclaimed. For information regarding the Civil Unrest in adjacent cities visit NEWS, COVID-19 updates visit TorranceCA.Gov/COVID19

The City recently completed the annual Sidewalk Repair for Handicap Accessibility I-135 project. The project involved localized removal and replacement of displaced sidewalk in the neighborhood bounded by Sepulveda Blvd, Western Ave, south City limit and Cabrillo Ave. Approximately 40,000 SF of the sidewalk was repaired and 67 handicap ramps were constructed to provide a continuous, unobstructed walking surface. Also, trees causing the sidewalk displacements were removed and replaced or root pruned to reconstruct the sidewalk at proper grade. The project was completed on budget and on schedule. 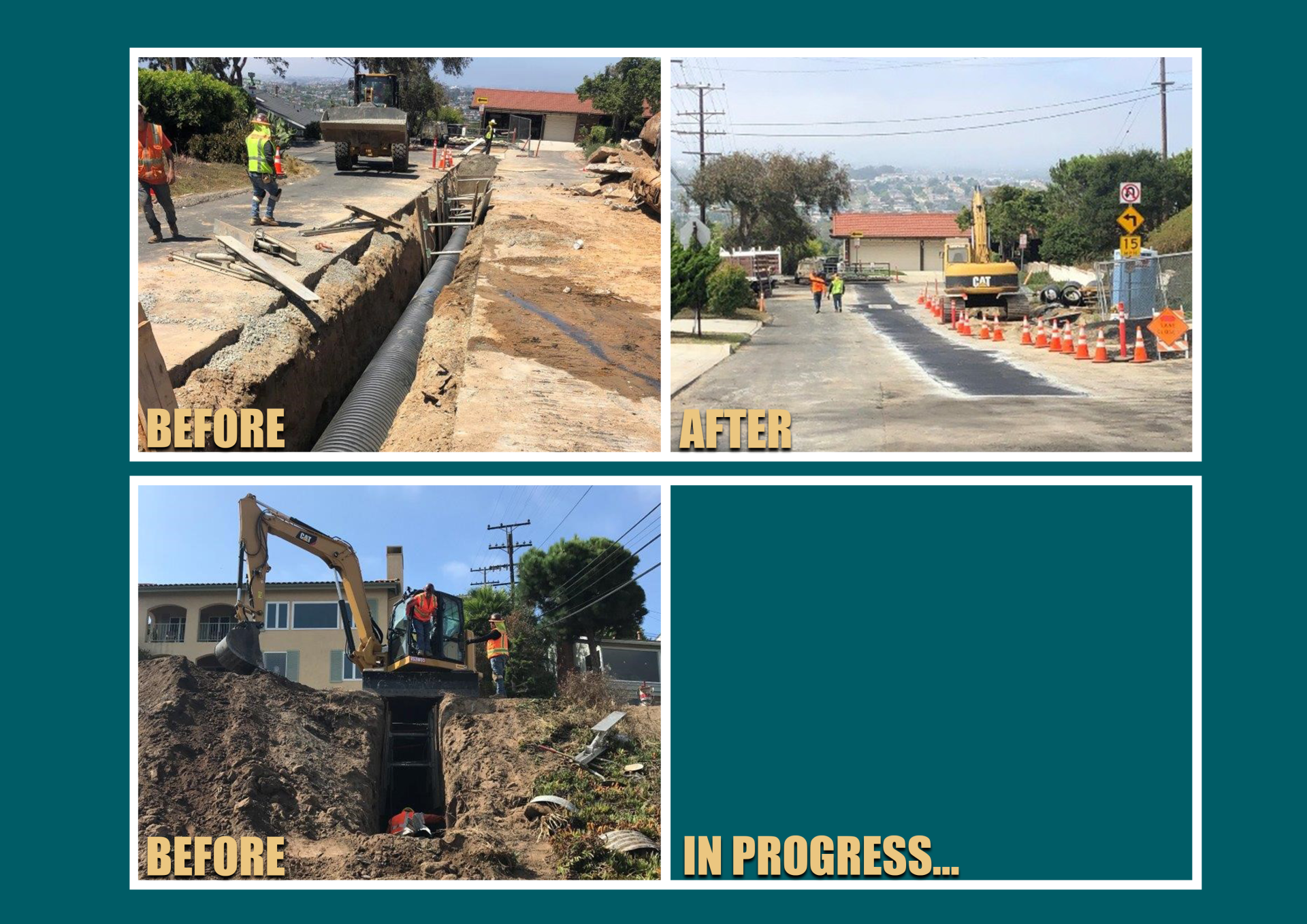 During recent storms, storm drain pipes failed in Paseo De Arena and Via El Chico causing damage to adjacent roadways. These corrugated metal pipe (CMP) storm drains were constructed in the 1950s and were severely deteriorated. This repair effort replaced the deteriorated CMP pipes with High Density Polyethylene (HDPE) pipes in August 2019 in time for the coming rainy season. The City has replaced many of these old CMP storm drains in the past and will doing more replacements in the future. Below are pictures of the construction process.

Construction of the Walteria Reservoir Slope Repair is underway. This project will repair a portion of the hillside near the intersection of Crenshaw Blvd and Rolling Hills Road that was damaged by rainstorms in January 2017. FEMA and the California Office of Emergency Services will reimburse the City for the repairs. 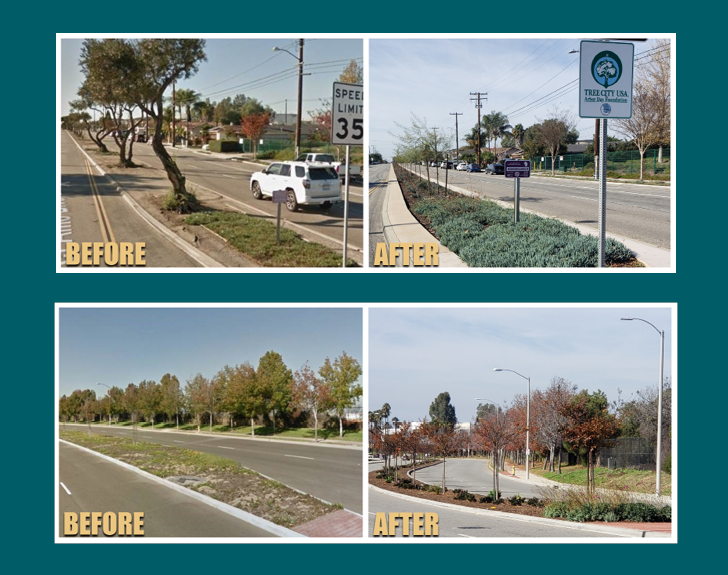