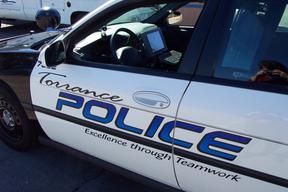 The Patrol Division is under the command of a police captain and works under a Team Policing Model.  Six lieutenants serve as watch commanders.  There are 13 field sergeants and 80 police officers in Patrol.

Patrol Officers work either a 4/10; Monday, Tuesday, Wednesday, Thursday or a 3/12; Friday, Saturday, Sunday schedule. They are assigned to Patrol Teams and remain with their team for a minimum of 6 months. Additionally, Patrol Officers work with a partner on most patrol shifts.

Patrol is the largest division within the Police Department, and the Patrol Officers are the first responders to our community's calls for service, playing a key role in our public service, crime prevention, crime detection, criminal apprehension, S.W.A.T., C.S.I., K9 and Focus Based Policing efforts.

Patrol Officers generally work in full uniform and operate marked black and white police vehicles.  A Patrol Officer's day ranges from handling routine reports to life threatening dangerous situations.  When not answering calls for service, Patrol Officers seek out and proactively suppress criminal activity.  They also routinely participate in such activities as traffic enforcement, community problem-solving activities, assisting citizens in improving the quality of life in the City, and numerous other law enforcement functions. Under the Focus Based Policing philosophy, they are encouraged to be creative and use fresh thinking in solving problems with a focus end result.