IN MEMORIAM -- A TRIBUTE TO FALLEN TORRANCE POLICE DEPARTMENT OFFICER

Every year, during National Blue Ribbon Week, the Torrance Police Department remembers their fallen officers by hosting a memorial ceremony in their honor.  During this ceremony, family members of current officers as well as those of our fallen officers attend a respectful remembrance where children of current officers, along with members of the Torrance Police Department Honor Guard, place flowers at the base of four trees in front of the police station.  These four trees have been planted to help symbolize our four fallen officers.  Each tree has an engraved plaque at its base containing the name of each officer and the date of his death.  The trees and flowers display to all present that even though our officers are gone, their spirit, dedication and memory live on.  This tribute challenges all officers to abide by our philosophy to, "Respect, Honor and Remember" those officers who have paid the ultimate sacrifice protecting the citizens of Torrance.

Tragedy struck the Torrance Police Department on Sunday, August 23, 1959 when we lost our first officer in the line of duty.  Motorcycle Sergeant William Lewis was killed while riding his police motorcycle and attempting to stop a traffic violator.  He was struck by a vehicle in the intersection of Hawthorne Blvd and Carson Street. There were no traffic signals at the intersection at the time.

The Torrance Police Department lost our second officer in the line of duty when David Seibert was killed on Thursday, August 10, 1967. Officer Seibert had responded to a silent robbery alarm at the Foods Co. market located at 17500 Crenshaw Blvd at 9:25 in the morning. Unbeknownst to him, an actual robbery by an escaped convict was taking place inside the store.  Officer Seibert entered the market and was confronted by the suspect who shot him. The suspect fled the location but was captured near Salt Lake City, Utah two weeks later. On February 22, 1968, a jury found the suspect guilty of the first degree murder of Officer. 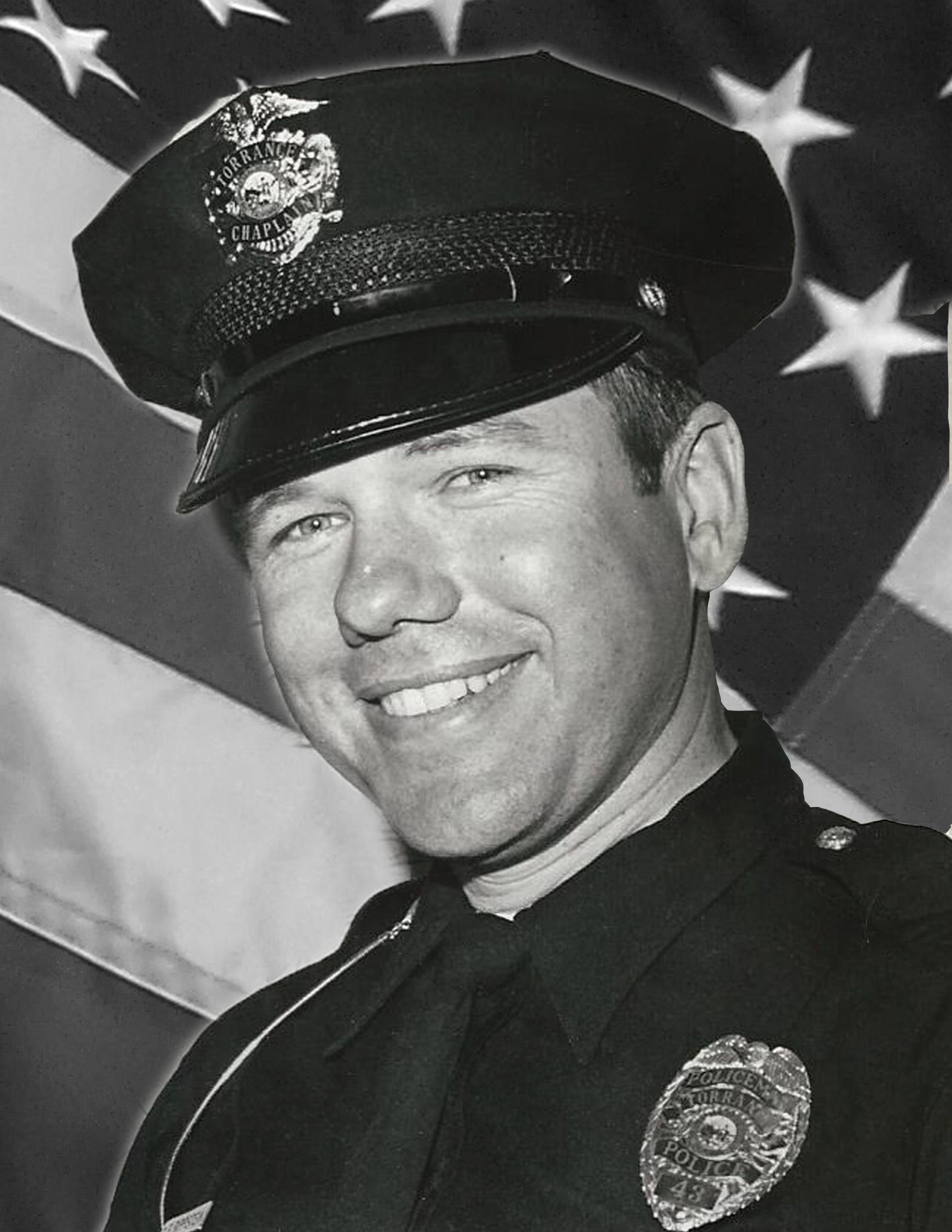 The Torrance Police Department lost our third officer in the line of duty when Detective Gary Rippstein was shot by an auto theft suspect on Saturday, December 21, 1968.  At approximately 10:25 am that morning, Detective Rippstein and his partner, Detective Bob Holmes, attempted to arrest the suspect at his apartment in the 600 block of 8th Street in the City of Hermosa Beach. The detectives were invited inside     the apartment by the wife, but upon entering the bedroom, were fired upon by the suspect. Officer Rippstein was struck one time.  Detective Holmes and responding Hermosa Beach PD officers returned fire and killed the suspect.  Officer Rippstein was taken to South Bay District Hospital in Redondo Beach where he succumbed to his injury on Sunday, December 22, 1968. 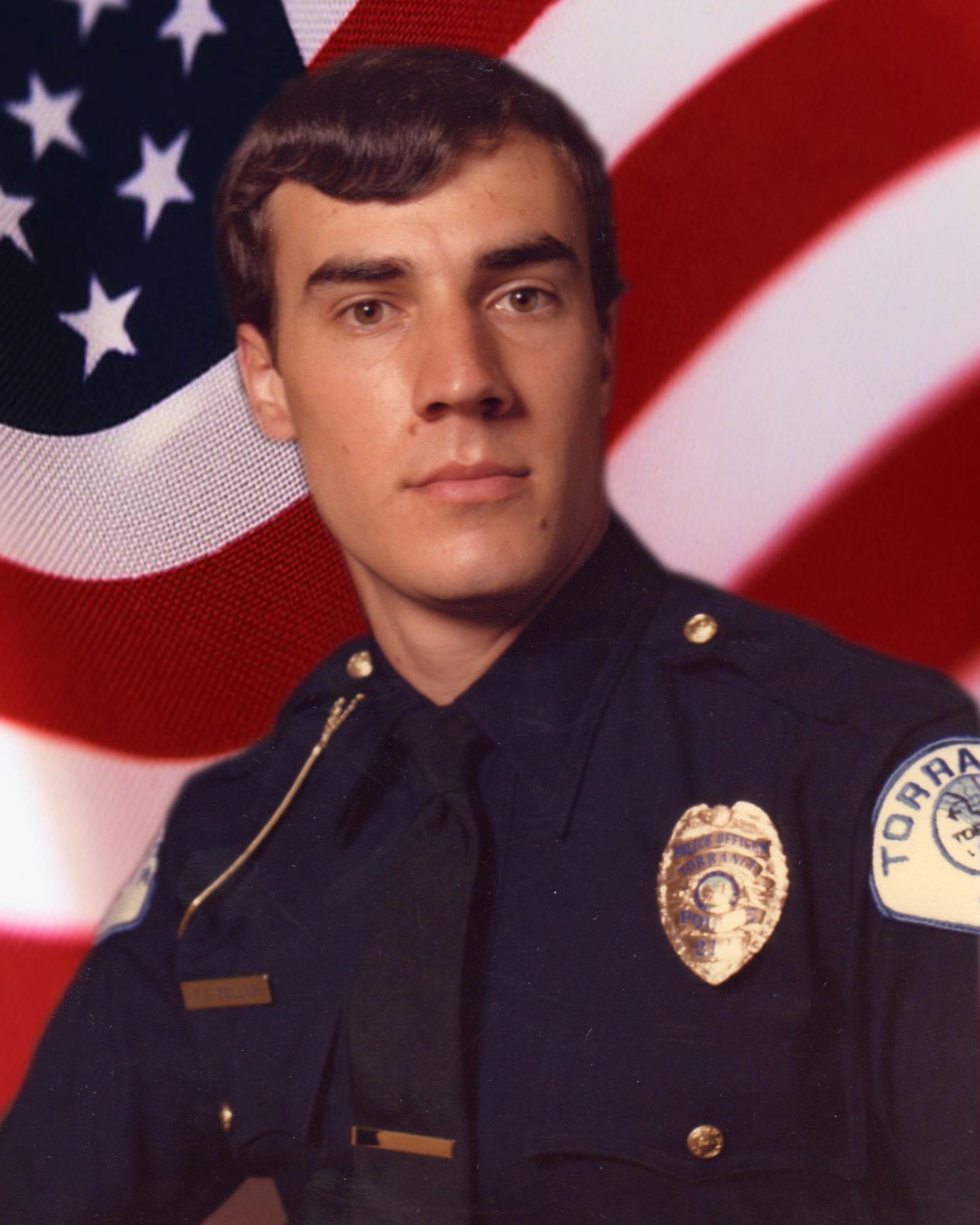 The fourth and last officer we have lost in the line of duty was Officer Tom Keller.  He was shot on     Thursday, April 17, 1986 after responding to an armed robbery call in the downtown area.  The suspect had entered the Torrance Sport Shop at 1421 Marcelina Ave at approximately 3:45 PM and displayed a handgun.  Employees and customers were able to flee the store and call police.  Unbeknownst to responding officers the suspect had armed himself with an M-1 Carbine rifle that the storekeeper kept for protection.  As officers arrived, the suspect exited the store with the rifle in his hand.  Officers ordered the suspect to drop the weapon, but the suspect retreated into the store. The suspect then took up position behind the counter and opened fire from inside the store.  Officer Keller was struck by the gunfire.  Officers returned fire, striking the suspect several times.  When Torrance Police Department's SWAT team arrived on scene, an entry into the store was made where they found the suspect dead from a self-inflicted gunshot wound.  Officer Keller succumbed to his injuries at the scene.

Crossing Guard Hazel Kenney, who was struck in a crosswalk by a motor vehicle on December 17, 1986. She was the mother of Officer John Sibley, of this Department.